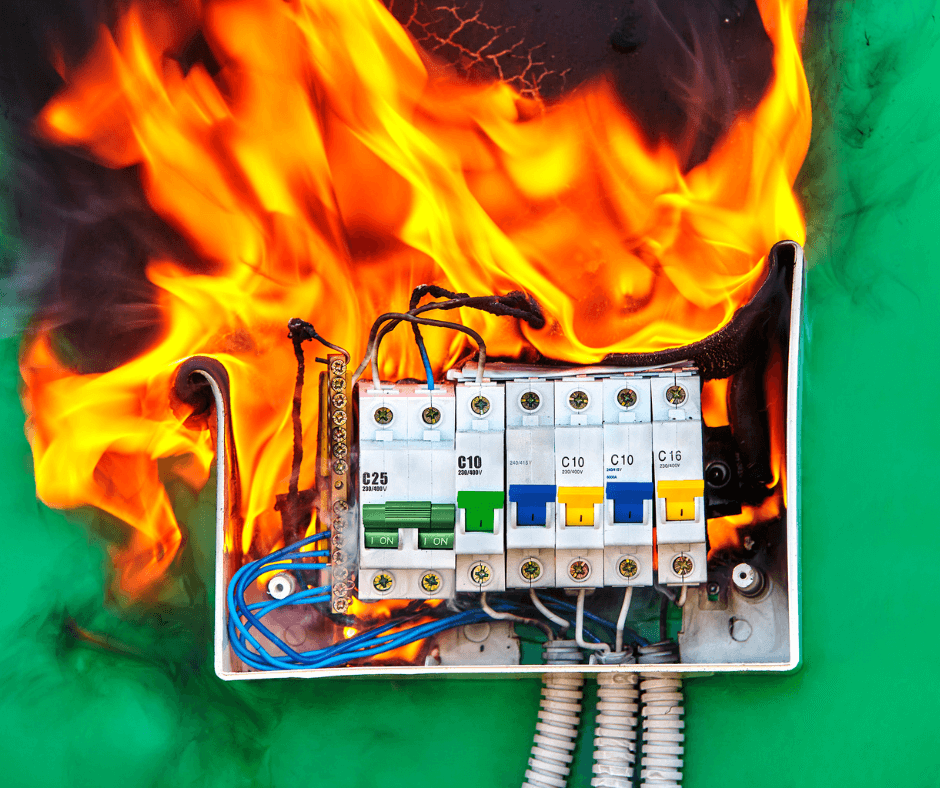 Electrical fires are one of the most common causes of commercial building fires. One of the most serious issues with electrical fires is that they rarely give the owner/occupant any advance warning. Wiring, equipment, and appliances that have been in perfect working order for years can fail and cause a fire.

Electrical fires can start anywhere there is electricity. Some of the more common industrial settings include:

Common causes of many electrical fires are:

Wiring, electrical panels, and circuits are all designed with a maximum load in mind. Commercial and industrial buildings frequently add equipment to existing electrical services without considering the additional electrical load. Overload protection is built into the majority of electrical panels. However, if this safeguard fails, the overload can result in a fire.

Failure to maintain electrical equipment is most likely the leading cause of industrial electrical fires. Poorly maintained, frayed, kinked, or otherwise damaged wires can start a fire. Excessive dust at connections can cause arcing or short circuits in dusty environments.

Another major cause of electrical fires is old or obsolete electrical equipment. Motorized equipment should be monitored, maintained, and replaced after the appropriate number of running hours as specified by the manufacturer.

Arc flashes are extremely dangerous and destructive events. They are typically caused by an air gap between conductors as a result of vibration over time, excessive dust build-up on conductor surfaces, or poor maintenance.

When any of these conditions exist, an arc flash may occur unexpectedly when engaging or disengaging switchgear. They can also happen instantly if a worker drops a tool while working in an electrical enclosure, causing the connection between the conductor surfaces to become dislodged. Arc flashes can seriously injure or kill workers. Extreme temperatures and pressure waves can also cause catastrophic damage to equipment and ignite secondary fires.